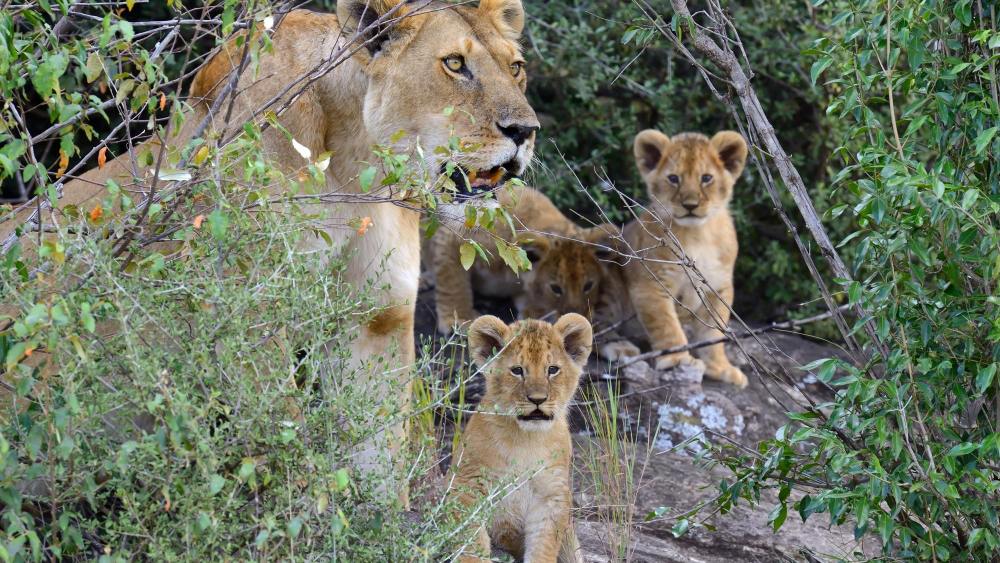 South Luangwa confirms that nothing beats a safari holiday!

Safari enthusiasts consider South Luangwa National Park, in the Eastern part of Zambia, to be one of the industry’s best kept secrets. South Luangwa is popular with photographers for its unspoilt scenery and high concentration of wildlife, with at least 60 animal species and over 400 bird species.

South Luangwa offers sightings of four Big Five animals: buffaloes, elephants, leopards and lions. Unfortunately, the rhinoceros is now extinct after many years of poaching. The irony is that the term Big Five was originally coined by hunters to describe the most difficult animals to find on foot but is now used as the minimum standard for what tourists expect to see on a safari.

South Luangwa is also where the legendary Conservationist, Norman Carr, pioneered the concept of the walking safari, which offers tourists a rare opportunity to get close to nature. Walking safaris have spread to other National Parks in Africa. All walking safaris are led by highly qualified guides and armed staff. Safaris are so popular because the bush is one of the few places in the world where one can truly unplug from modern life, as most safari camps do not have modern necessities such as televisions and Wi-Fi but do have electricity and running (hot) water. One has to be comfortable with the silence which is sometimes interrupted by the sound of Vervet monkey calls – a sign that a predator is in the vicinity.

Secondly, watching animals in their natural habitat can also help to put the meaning of life into perspective. You don’t fully appreciate the meaning of stress until you put yourself in the shoes of an antelope, a lion’s favourite dish, which doesn’t know if it will live through the night. Every night. Humans have it easy in comparison. We worry about so many unimportant and irrelevant things.

Lastly, safaris offers many life lessons. For example, an ecosystem is best understood by observing the interconnectedness among species and why each one – big and small – has an important role to play. At the bottom of the food chain are ants who are responsible for turning nutrients in the soil, which supports the growth of vegetation on which herbivores feed. These herbivores support small animals like baboons which feed on elephant dung. Elephants only digest 40% of the ~200kg of food they eat per day because they have a single chamber stomach unlike Giraffes which have an efficient gut with four chambers. Oxpecker birds feast on ticks buried on the backs of zebras, thus saving the animal with the best-bottom-in-the-bush from tick infestation. At the top of the food chain are the carnivores, who feast on the herbivores.

MBA classes ought to have a module about wildlife! Ongolo.com Founder, Muloongo Muchelemba, wrote a chapter on office politics for her first book, The Millennials’ Gaido to Work, while on safari in South Luangwa.

Tips for planning your safari holiday

South Luangwa is an option all year round though some camps close during the rainy season from November till March. The best time to go is between May-August when the temperatures are cool, and the dry grass makes it easier to see animals. Zambia is blessed with sunny blue skies all year round so the day temperature in winter (June-August) is pleasant.

The Emerald season from January to April is the low peak because of the rains. This is a good time to get a bargain. The lush, green backgrounds are great for taking photos, but it is a lot harder to spot prey such as leopards. Temperatures peak in October and November making it unpleasant to be out and about.

How to get there

Pre-pandemic, international airlines such as South African Airways, Ethiopian Airlines, Kenya Airways, RwandAir and Emirates, had daily flights into Zambia’s capital city, Lusaka. From Lusaka’s Kenneth Kaunda International Airport, it is a 40 mins plane ride on the local airline, Proflight to Mfuwe Airport. Most camps are located 1-2hrs drive from the airport, with plenty to see on the way.

Muloongo stayed at Sanctuary Chichele Presidential Lodge during her first visit to South Luangwa, which is a grand colonial lodge set on a hilltop that is frequented by Zambia’s Presidents. Staying in a brick and mortar hotel outside the park can help to ease the nerves of first-time safari tourists. Chichele is known for its excellent service – from the safaris to the dining experience – and the most stunning sundowner.

Muloongo chose Mfuwe Lodge on the next trip, which is located in the Game Management area and feels more (African) authentic than Chichele. Her chalet was next to a hippo-infested lagoon and her noisy (animal) neighbours kept her up on the first night but she managed to sleep soundly the rest of her stay. Mfuwe is world-famous for elephants walking through the foyer. It has a swimming pool for cooling down during the day and a fantastic spa overlooking the lagoon. The safari guides are exceptional!

In 2019, Muloongo decided to be brave and stay right in the National Park at the Robin Pope Safaris’ camp called Tena Tena. The tented room is exquisite, with a comfortable king-size bed and an outdoor shower area. One must be brave to take a bathroom break in the middle of the night! A tented camp is perfect for romantic breaks and those looking for a peaceful, beautiful place to just be one with nature.

Guests are given the option of doing two game drives or one walking safari + one game drive, every day. The day starts very early, around 5.30am with a wake-up call followed by a quick breakfast. The first game drive starts before dawn when the temperatures are still cool and is the best chance to see a kill. Most predators hunt at night and sleep during the day. Lions can sleep for up to 20hrs a day – just like domestic cats.

Guests return to the camps and are offered mid-morning tea and refreshments. Lunch is served around noon. Afternoons are spent taking a siesta, reading, swimming or using the spa, where available. Most lodges do not have swimming pools as this could put guests at risk during the dry season when animals desperately look for water to drink. Afternoon tea is served around 3pm followed by an afternoon/early evening game drive from 4-7pm and then dinner.

Clothing: it is important to wear khaki, olive and brown coloured clothes. Black and blue colours attract bugs which will make the game drive a miserable experience. Bright colours distract wildlife and must be avoided. The whole point of a safari is to blend in with the environment. A wind breaker is handy for the cold nights during the cold season and a good safari hat to protect from the sun during the day. No umbrellas.

Camera: bring a good SLR with different lens, especially a super telephoto zoom lens e.g. 200-600mm Nikon AF-S NIKKOR 200-500mm f/5.6E ED VR Super Telephoto Zoom. Extra memory cards are a must – one can never take enough photos.
Binoculars: preferably a hunting one, to spot elusive animals like the leopard.Drone: a license is required from the Department of Civil Aviation to operate a drone in the national park. Best to ask the tour operator for advice before taking one. The ground is the best vantage point anyway.

Loose change: Even though tipping is not mandatory, Muloongo gives the safari guide and driver about $3 (K50) each, for every trip. Some safari staff can only work during the peak season, so the extra income is most welcome.

So, what are you waiting for? Visit Zambia: the real Africa!